Expertise: Custom Web Development Web & Enterprise Portals Social Networking
Verticals: Real Estate
Technologies: Cakephp Apache/Linux MailchimpFacebook Login APIEmporis APIOLR API
Home > Portfolio > Engineering an enterprise-grade web portal to become the next big social media for real estate listings
Client Overview
The US-based client is successfully managing a real estate review site that doubles up as a social media website, too. The real state-cum-social media web portal caters to current and prospective tenants and residents of multi-family housing in the most populous cities in the country. Through its web portal, the client serves the most accurate and updated information on a building's quality. Besides, the web-based real estate-cum-social media portal even brings research-backed information related to doormen, neighbors, pets, family-friendliness, and the like, about a specific property.

Business Needs
The client wanted to build a robust enterprise-class web portal that would let the users of urban localities rate multi-family buildings and conduct thorough real-estate research. Besides offering game-changing features for researching properties, the client's web portal was supposed to offer detailed real estate listings, a lifestyle blog, and an end-to-end vendor directory. Some key business needs that the client was looking to realize were:

Strategy & Solution
For bringing its idea of building a robust but fully interactive real estate-cum-social media platform, the client needed a technology partner with deep expertise. That is where Flexsin's web development team kicked in. The developers at Flexsin made sure that they understood the client's mindset from the start of the engagement. Because of that reason, the team was able to make every single requirement of the client into a portal feature.

As far as the web solution went, Flexsin's developers engineered the portal to include the details of multi-family real estate. These realty details included a description, address, map, history, amenities, and user ratings. The entire web solution was divided into two parts comprising front-end and backend.

Front-end To make sure that the portal's UI was smooth, Flexsin's front-end developers and designers built a fast-to-load interface. The web portal's interface was fluid at all times, regardless of the device which was being used. Some key highlights of the front-end of the web portal are listed below.


Backend A robust backend has always been the backbone of a flexible web portal. To that end, the client trusted the backend development expertise of Flexsin. To build a strong backend system for the portal, Flexsin used CakePHP's development framework. Other top highlights of the web project's backend are as follows.

Once the engagement came to a close, the client got a fully functional web portal that is a real estate listing directory with social media features. After the project was delivered within the defined timeframe, the client reaped the following benefits. 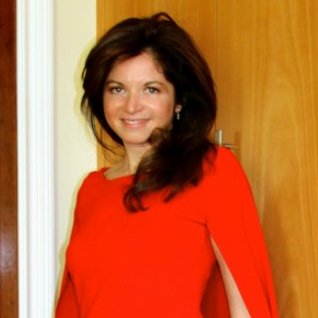 I have been kept in the loop about the project at every milestone. Even post-engagement, Flexsin extended its full support in training the business team to help them use the portal and its nitty-gritty. I am so impressed with their development expertise and commitment to providing quality on time.