This mobile app, named as Tekcapital, was an innovative approach as it was meant to take a big leap for IP professionals and business looking for IP to make their mobile phones and tablets available for university technologies across the globe in literally any area of work. Tekcapital manages to be a must-have app for those who keep incredibly busy being involved in business development, tech transfer, tech scouting and many other roles which revolve around advanced innovations and business application of certain discoveries.
Business Needs
Client approached us with a requirement for a mobile app that gets popular as world's most innovative university technology-enabled app. We built an app which can be accessed by all international universities to find patents since 2010 to the present.

We made it in way that it would update automatically, showing the freshly loaded patents. The idea behind developing this app was to bring patents to universities as it is believed that universities are the ones that saw new ideas around the world.

Strategy & Solution
The end product was a successful delivery to client's expectations as it turned out to innovative on demand and also world's best university tech. App came out loaded with features, making it to be incredibly simple to figure out favorable university IP to grow businesses.

Front-end Front-end process in mobile app development is always to ensure that the app is full of features that fit client's demands and meet targeted audience precisely. Below are the exclusive front end features of Tekcapital:


Backend Along with defining goal of the entire project and wireframing the development of the app, the developers as well make sure the back end process involves user management, server side logic and customer of user experience. For these to integrate and successfully deploy, here are the technologies, we rely on:


A Pro development process always covers all the important aspects to ensure the app ends up as a successful project.
Business Outcomes

The success of an app relies on smooth, fast and handy operations in the hands of the end users. Tekcapital is performing exactly how it was expected to. With an improved and advanced end-user experience and optimized back-end performance, the app is receiving positive mouths from its targeted users. Here's a glimpse: 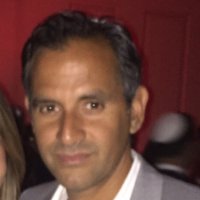 5 Star Rating. With their end-to-end support and collaborative culture, Flexsin helped ensure a successful partnership for us.

Eric Cohen
Owner of Emaze Design, Miami, Florida, United States
Request For Services
Find out more about how we can help
your organization navigate its next.
Let us know your areas of interest so
that we can serve you better.