Unlock Growth Opportunities By Porting Applications From Android To iOS

Enterprises have to strategize before beginning the migration journey of their existing applications...
Home Blog Unlock Growth Opportunities By Porting Applications From Android To iOS
AUTHOR : Ankur POSTED : Nov 28 2019 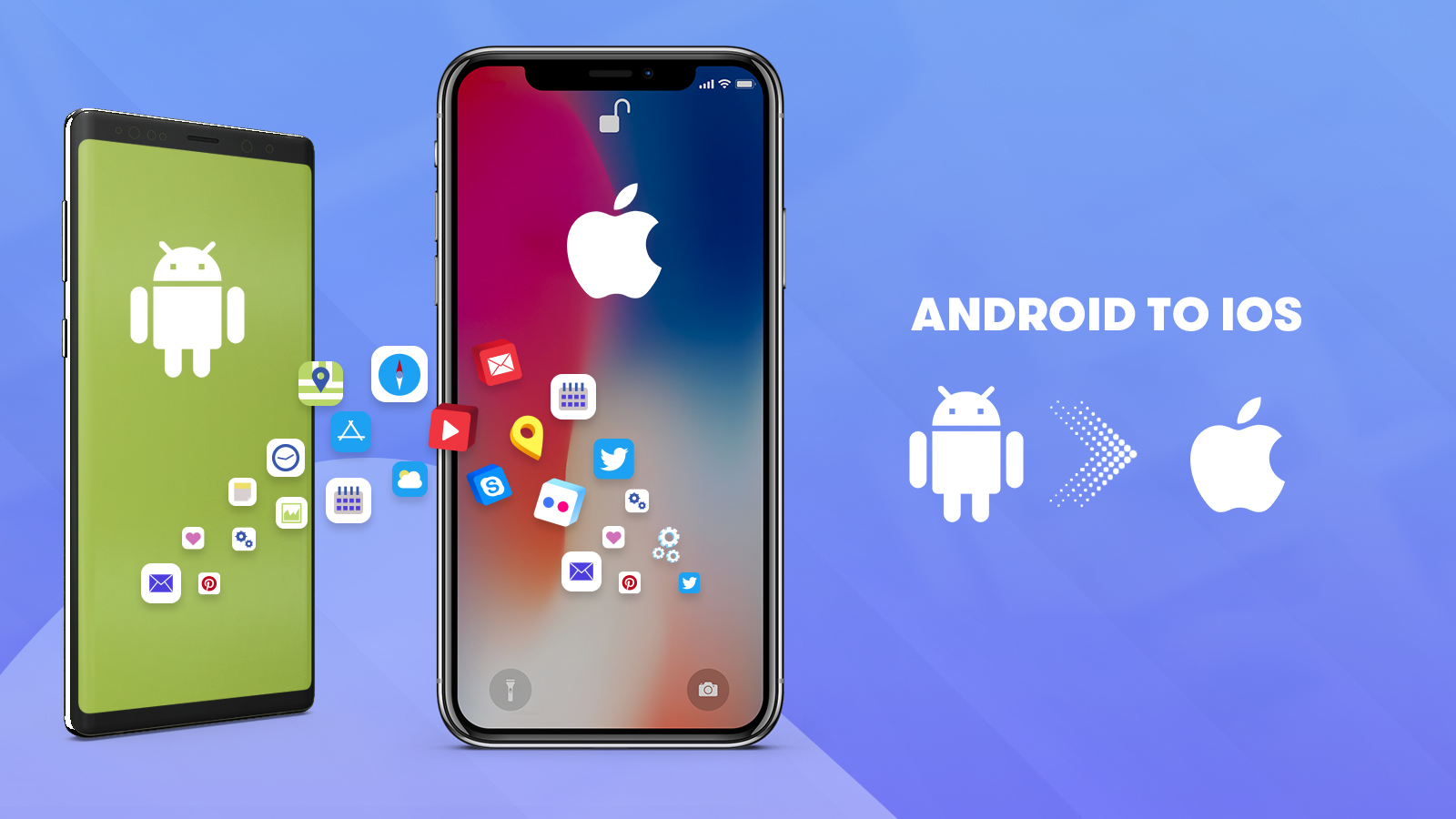 Enterprises have to strategize before beginning the migration journey of their existing applications from Android to iOS. One of the most effective approaches to code migration is the one where the learning curve is not too steep.

Businesses have to do due diligence when it comes to switching mobile operating systems. The biggest upside to application migration is that once the code is written, core business logic is established. When the core business logic is set in stone, the enterprise will have an intuitive user interface with an immersive user experience regardless of the ecosystem.

Shifting the code of an application from one platform to the other brings one more benefit. That benefit is the ability to make changes or improvements to the existing application based on the captured feedback.

Before going through the factors that have to be kept in mind during the migration journey, read the top reasons to take this journey in the first place.

Why App Migration From Android To iOS?

Many business cases of app migration happen from Android to iOS. Why? That is because iOS is responsible for generating a lot of revenue, which is nearly 85 percent higher when compared to Android devices. The spike in the revenue generation is because iPhone owners are more loyal to their devices. That is, they do not switch to other devices and generally stick to the Apple ecosystem.

Most users prefer one platform over another. As of 2019, 1.4 billion active devices run on iOS worldwide. That means if a business is not making the move to iOS, it is losing a lot of its potential customers.

The migration of mobile applications from one platform to another is not duplication by any means. That is why migration brings a host of possibilities that improve the user experience and add a slew of unique features.

When an enterprise application moves to a new platform, it opens fresh channels of diversifying its revenues. These new revenue channels come in the form of in-app purchases, paid downloads, and the like.

Bringing Down The Development Costs

Building an application from scratch and converting it are two different things with different prices and timelines. It is obviously cost-effective to convert an app from one platform to another. That way, enterprises not only penetrate new markets but also save money in the long run.

For converting an application from Android to iOS, the following key aspects have to be kept in mind.

Navigation has to be kept in mind when it comes to porting from Android to iOS. Why? That is because iPhones have gestures now. (iPhone 8 still has a home button, though.) On the other hand, Android has both gestures and three navigational buttons. Which is why, the navigation for the app has to be modified as per the Android or iOS ecosystem.

Design Is An Important Factor

Speaking of the interfaces, Apple’s iOS and Google’s Android are as different as night and day. To put that simply, an enterprise cannot reuse its Android interface in the Apple ecosystem. The difference in the two interfaces is because both the software giants have different approaches to design; Android works using material design while Apple leverages flat design.

For example, iOS and Android have exclusive controls including a dropdown picker, menu component, and the like. The application development team that is planning the migration journey for an enterprise-grade program should even pay attention to the typography used in both the frameworks. As a matter of fact, iPhone uses the San Francisco font while Roboto is the default in Android.

If, however, enterprises do not pay attention to such fine design details while the migration journey is underway, they will risk making glaring design errors.

First of all, businesses must analyze different iOS versions and make sure that the app is converted to the current one. Most phone users are likely to update their smartphones to the latest version of the operating system. In fact, almost 90 percent of iPhone users adopt the latest iOS version.

That means extending the application support for iOS 14, which will roll out next year, is the way forward. One more thing: Whenever an enterprise migrates from Android to iOS, it must factor in different screen sizes available. The fact is that Apple has fewer devices than what is there in the Android ecosystem. Which means the application development endeavor will have to factor in fewer numbers of screen sizes and their respective resolutions. That is why migrating to iOS is often a journey with fewer risks and maximized rewards.

Unlike Android, Apple always limits the accessibility to different components. That means developers do not have to overthink about component compatibility when they are executing the migration journey from Android to Apple.

Nonetheless, most vendors are rolling out libraries that support Android and iOS ecosystems. That means the functionality of different third-party service frameworks such as Facebook can be easily migrated from Android to iOS.

Testing And Publishing On The App Store

For successfully converting an application from Android to iOS, enterprises perform a series of quality assurance procedures. The mobile application testing, by and large, comprises the following steps.

It is a combined testing framework of different software modules in a group and separately.

In this test, the iOS application will be tested for a variety of user scenarios similar to the ones used for testing an Android application.

The final series of tests includes real-time data collection by real users or the client before the final version hits the App Store.

A few tips for improving the ROI for application testing comprise:

Last but not least, once the iOS app is ready to go live, the enterprise and its developers must check the guidelines for publishing applications on the App Store. First of all, the enterprise must have a developer account for submitting the application.

That way, the business alongside its developers will gain access to multiple features such as TestFlight, app analytics, in-app purchases, and more. Before publishing the application, the enterprise will have to provide the app name, description, subtitle, app icon, promo video, keywords, updates, and screen-grabs.

Connecting With An Application Migration Partner

The team at Flexisn has the technical know-how in designing and implementing the migration journey from start to finish within the agreed timeframe. The team at Flexsin is adept at working with a suite of technologies such as Objective-C, Swift, Flutter, JSON, and React. Besides, this technology partner even has the experience in working with different mobile-application and UI frameworks such as PhoneGap, Xamarin, Apache Cordova, Ionic, and the like.

Because of its deep category expertise, Flexsin has earned several man-hours of experience in delivering next-gen and engaging mobile experiences. In case an enterprise wants to accelerate the migration journey from one mobile ecosystem to another, consult Flexsin and discover app migration at its best.