According to one study, this year, the mobile app revenue is all set to touch $581.9 billion. iOS ta...
Home Blog Transformative Trends Governing the Future Of iOS App Development
AUTHOR : Ankur POSTED : Apr 06 2020 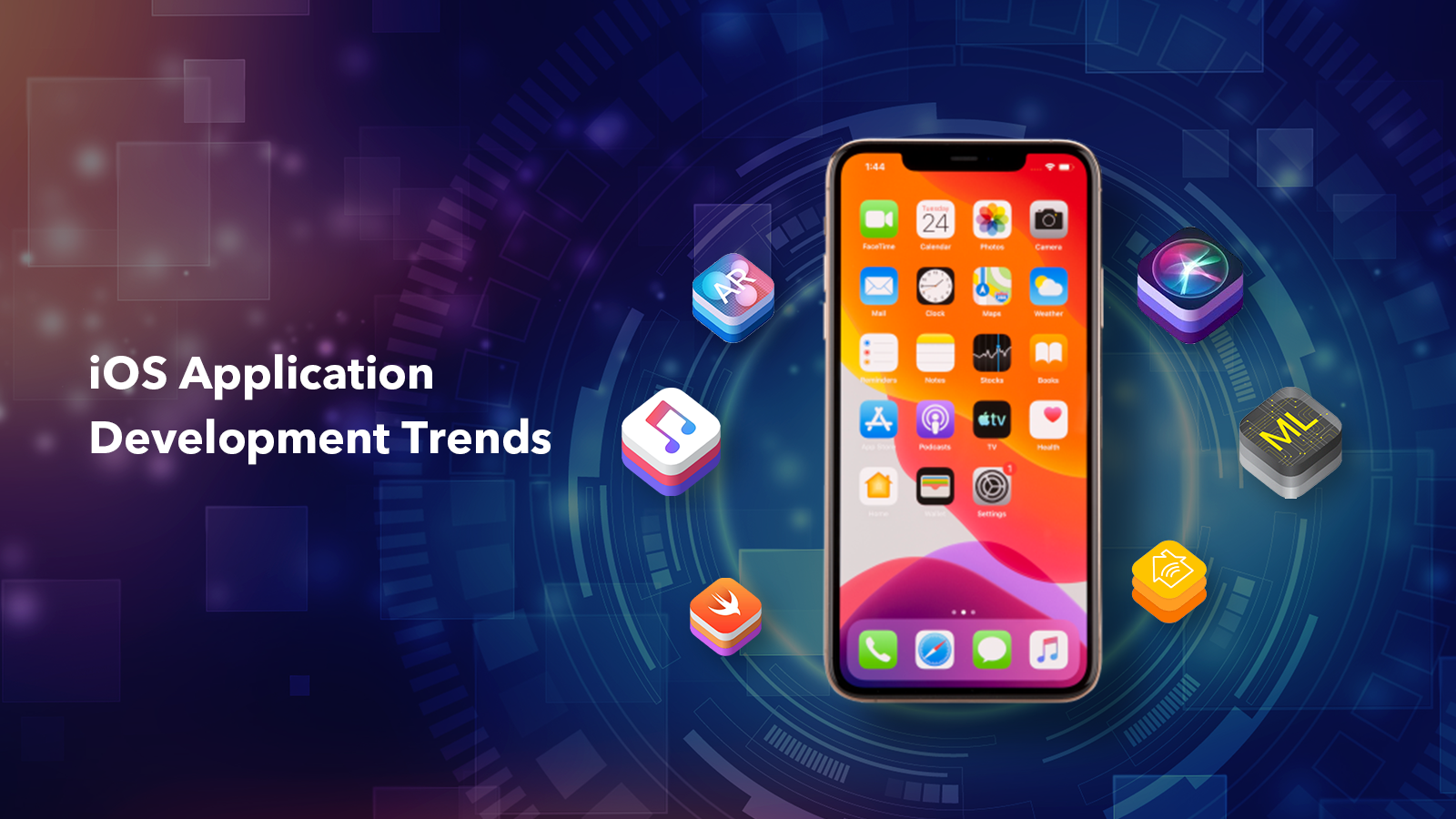 According to one study, this year, the mobile app revenue is all set to touch $581.9 billion. iOS takes a sizeable share of the global mobile market. Which is why, app entrepreneurs and even established business conglomerates are honing in on developing iOS apps.

An enterprise’s decision to build an iPhone or iPad app will be even more informed when it knows the top trends that are redefining the iOS landscape once and for all. This post carries the latest trends that will dominate the iOS app development situation in 2020.

Altering The Reality Through AR

Augmented Reality is forming the next big iOS app trend, this year. In the past few years, consumers have been obsessed with AR-driven games including Dino Trek and Pokémon Go. And there are many use cases of how AR is powering the newer and more intuitive version of reality for consumers.

A case in point: IKEA uses this specific technological building block for improving its customer experience. This year, many AR applications will go to the mainstream for enhancing healthcare, marketing, and other segments. To top it all off, most well-known social media apps including Snapchat and Instagram are already integrating AR functionalities with the help of animated masks and cool stickers.

For boosting the use of AR in the iOS development ecosystem, Apple has rolled out a number of tools including RealityKit framework, Reality Composer, and ARKit 3.

No matter what industry they belong to, most enterprises apply machine learning (ML) and artificial intelligence (AI) tech into their iOS applications. Undoubtedly, AI isn’t something new but 2020 will bring in many positive changes to the iOS development landscape.

For instance, Apple is heavily investing in building intuitive and scalable AI and ML algorithms for making Siri’s answering capabilities all the more trustable and accurate. That way, businesses can expect 2020 to usher in a whole new version of Siri. This new version of Apple’s native voice assistant will analyze a user’s real-time location and other data metrics before making an accurate suggestion.

IoT, expanded as Internet of Things, brings massive changes to everyday tasks that most enterprises do day in, day out. Which is precisely why, IoT has risen as one of the most impressive iOS development trends this year.

Put simply, IoT enables connecting a number of devices and seamlessly transferring data. A study revealed that the IoT market size will hit a whopping $1.6 trillion in the next five years. As the number of smart devices in use is on the rise, robust internet connectivity is becoming the new normal.

More and more industries including agriculture, logistics, and healthcare are already getting benefits from top-class IoT integration in their enterprise-class iOS mobile apps. For instance, there’s an iOS healthcare application that can assist healthcare providers in checking a patient’s symptoms and conditions in real time.

Apple’s powerful technology, iBeacon, is getting all the more popular in the marketing world. Which is why, this is yet another powerful iOS app development trend for this year. Some businesses are yet unaware of what iBeacon is.

Well, it is a wireless transmitter that sends signals using Bluetooth technology. Once the connection is established through iBeacon, a push notification along with the desired message will appear on a user’s iPhone.

For example, someone is at a clothing store that is leveraging iBeacon tech. Then, these customers will receive a push notification on their respective smartphones as soon as they cross a product with some special discounts or deals.

That way, this particular iOS development trend is successfully changing the retail industry for the better. With the help of iBeacon technology, more and more retail outlets such as Macy’s have boosted their sales and served the customers better shopping experience every time.

As far as the future of iOS app development goes, it’s quite promising to develop applications for a range of industries including healthcare and fitness. Simply put, wearable devices are gaining popularity owing to their convenience. For example, many messengers such as Slack and Telegram come with their dedicated apps for Apple Watch. That way, these messengers are allowing their users to send and receive messages on the go.

Integrating With The Clou

One of the biggest iOS App Development trends this year will be cloud technology. The cloud brings a slew of opportunities to the world of iOS app development. The cloud assists with storing and organizing mountains of information at scale.

Because of its impressive scalability, the cloud is being frequently integrated into iOS apps. That way, these cloud-powered iOS apps are becoming all the rage, especially in the productivity segment. The apps that are driven by cloud architecture find it easier and faster to store massive volumes of data and manage even the most complicated tasks easily. Put simply, the cloud tech pushes iOS app development’s security and scalability to a whole new level while reducing its costs.

Leveraging each of these trends gets all the more challenging if a business does not have any knowledge of iOS development, to begin with. Here is exactly where a credible iOS app development partner enters into the equation.

Being a reliable iOS app development company with an excellent track record, Flexsin has its own full-service development ecosystems. The company has deep expertise in building and deploying next-gen iOS apps for a variety of industrial segments.

Flexsin has collaborated with companies ranging from start-ups that are gaining moment to well-established Fortune 500 companies. With a team of experienced iOS app developers, Flexsin has enabled enterprises to seamlessly realize their app vision.

Having strong roots in technology and design, Flexsin has emerged as a leader in iOS app product development. This company is a strategic development partner that helps businesses unlock IoT, AR, VR, and other leading technology channels for building the most intuitive and innovative iOS mobile apps.

For bringing any iOS app idea to the real world, connect with Flexsin and experience innovative mobile app development like never before.