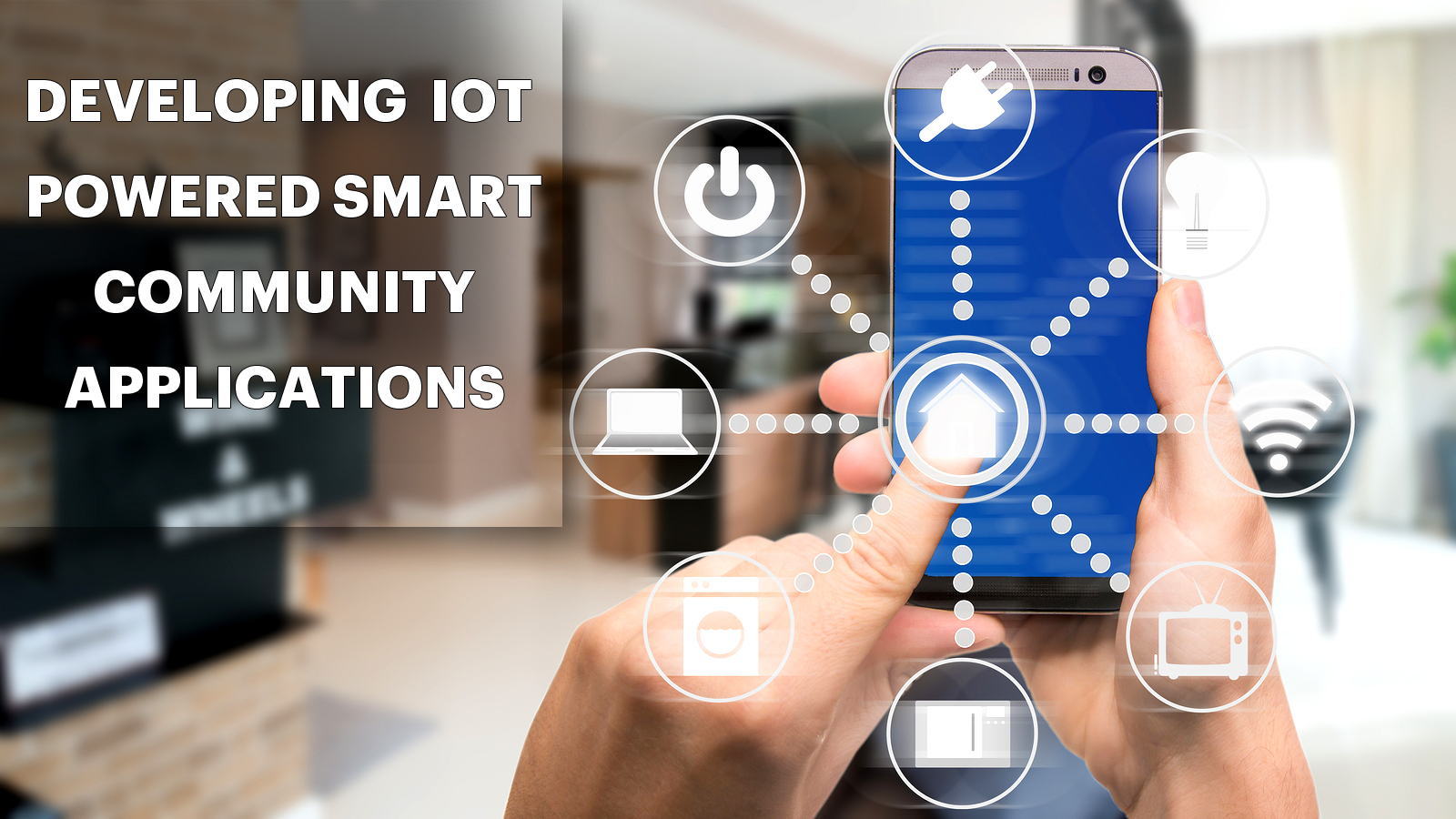 According to a global intelligence firm, IoT’s market will reach $7.1 trillion by 2020. As per Accenture, close to 50 billion devices and 212 billion sensors will be part of a connected universe by the end of this decade. These facts clearly show that IoT is disrupting many verticals including the app development space. Indeed, connected devices are making app development more intelligent and productive; in short, they are definitely opening a whole new world of commercial possibilities.

With internet of things, developers and businesses are unleashing the true potential of tomorrow’s applications today. From controlling home appliances to producing a weather forecast, there’s an app for everything. The app’s development and its use go to a whole new level if it gets empowered by IoT. So IoT-enabled smart devices and mobile apps will build a connected future. Now, here is how the revolution of IoT was born.

The Evolution Of IoT Built A Revolution

Despite the rapid development of computers and the internet, connectivity was still thought to be in its infancy. The world waited to be connected through devices that were originally designed to be intelligent. This development pushed forward the creation of smart devices such as watches, vehicles, washing machines, refrigerators, and smartphones.

IoT, as a concept and technology, has become more interesting with mobile app development. In fact, mobile applications are building a robust bridge for every forward-thinking enterprise that is creating smarter devices. Smart gadgetry with intelligent apps is already empowering businesses to improve the lives of consumers in a whole new way. Because of that, well-programmed mobile applications will build a new foundation for IoT to rise.

How IoT Builds The Next Generation Of Connectivity

IoTs are huge and will continue to evolve in ways that will disrupt markets. The true business drivers that let IoT create next-gen connectivity are many. Because of these drivers, many industries, businesses, and technologists are reinventing IoT for themselves and their clients. This section is devoted to exploring exactly how IoT is all set to rethink the future of connectivity.

IoT is already enabling users to create their smartphones as Wi-Fi hot spots. Through this game-changing technology, connectivity can be delivered anywhere, anytime.

Creating Connected Computing Of The Future

Through this technology, devices, telephones, TVs, vehicles, music players, etc., know what the users are reading, viewing, listening, and doing every day. Basically, the handoffs among the gadgets are happening for real.

IoT is creating intelligent sensors that are already creating a wearable revolution.

Delivering Intelligence To The Whole Network

Microsoft’s visionary database guru, Jim Gray, stated that if sensors include a built-in machine learning algorithm, it will very well be a mini-database. So, this way, IoT is successfully pushing intelligence right into the heart of connected networks.

App economies and APIs are expanding. Because of this, IoTs can possibly make mobility interesting, meaningful, and, most importantly, intelligent.

Geolocation, mobile customer engagement, Apple’s iBeacon, etc., are developing a powerful network of knowledge about customers and their locations. So, now, it will be easier for businesses to get sharp insights into customers’ buying patterns and to develop new market-automaton strategies.

IoTs are definitely transforming the way enterprises are interacting with their target audience. Plus, with this revolutionary technology, businesses are delivering personalized user experience. Also, mobile apps have become a commonplace today because they help users in many ways. Whether it is healthcare or automotive or any other sector, IoT-enabled apps are writing a brilliant, connected future for businesses and consumers. Here are some benefits of integrating IoT with mobile app development.

IoT along with app development is reinventing businesses and enabling them to open new opportunities. Many innovative business ideas will develop revolutionary apps to capitalize on this evolving technology. Take companies, such as Fitbit or Uber, that have integrated IoTs with their applications to enrich user experience.

Real-time data analyses are a must to make sure that users are getting personalized services. For this, IoT and mobile app development will join hands to create specialized sensors that will gather data from real-time locations. In short, IoTs will definitely enable mobile app developers to create applications that examine data in real time; this way, enterprises will be able to offer instant services to the customers.

Taking Security To The Next Level

As per a recent survey, nearly 79 percent of consumers think that mobile apps will put their security at stake due to online ecosystem’s vulnerability. However, by integrating the principles of IoT with mobile app development, the security threat will considerably come down. That is basically because some specialized IoT services even allow data encryption, which will eventually secure the consumer‘s data.

In simple words, connected devices will recreate the mobile app development’s future. For this reason, many app developers are planning to incorporate IoT in their applications to create a new form of mobility that is safer, faster, and more robust.