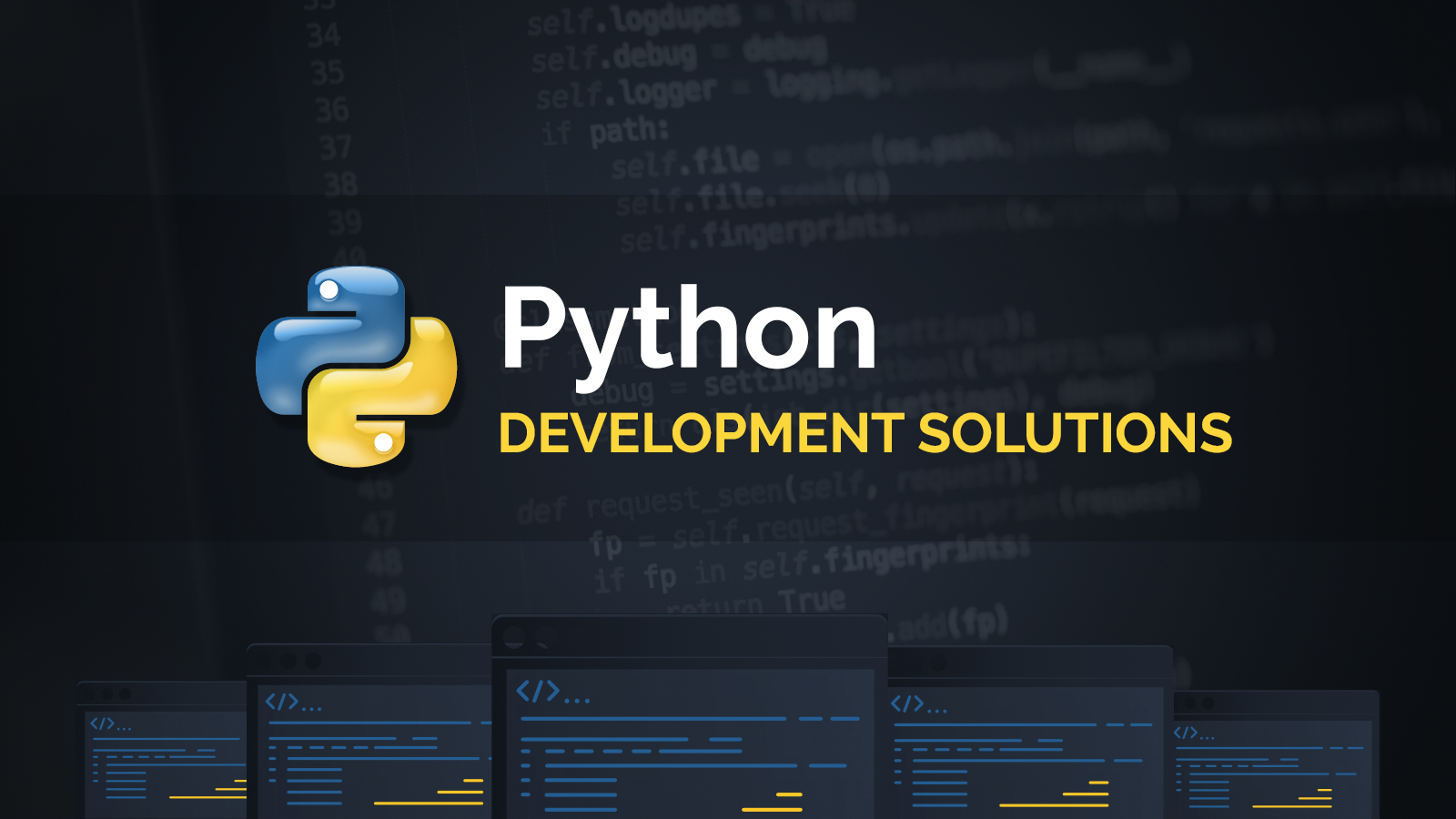 As a high-level programming language, Python offers a lot of flexibility in implementing a variety of functionalities. That’s the reason it is used in many development areas including data analysis (scikit-learn, SciPy) web development, desktop UI, and system administration. Python’s rich standard library and clean syntax allow for speedier development with this programming language.

Libraries have modules that can be reused throughout the development process. If you are developing for some specific actions, such as web scraping, you would most probably have a library in Python for it. So, you will not be required to write the code from  scratch.  This way, libraries allow the developer to work efficiently and speedily without rewriting common commands.

Avoid implementing the best practices from other languages. Also, take care not to turn off error-reporting during the development process, and do not alter sys.path, use distutils instead.

Doorstrings are the documentation strings used at the beginning of each module, class or method. Use line breaks and indent your code. Use comments and whitespaces around operators and assignments, and stay consistent. Also, write code to name your functions, variables and methods to self-document them and make them reflect the purpose of a specific component.

While reStructuredText is the first step to prepare documentation, a Python development company should be clear about the use of Doorstrings. This documentation string appears prior to every module. Once every component of your code has a properly documented Doorstring, you can use Sphinx to generate Python documentation. A developer can also add documentation to ReadTheDocs documentation repository after every code commit.

Logic operands can be used to speed up development and improve the readability of your code. The object can be obtained from the cache, If check_in_cache( ) returns an object with logical function, it will be treated as missing. This will cause your application to call a pull_from_db function. If your functions return such objects, you should consider the use of additional explicit is None check.

Python Enhancement Proposals or PEPs ensure that all Python code looks and feels the same. To achieve this, use proper naming conventions for variables, functions, modules, packages and methods. Four spaces should be used for indentation. The code should be formatted correctly and also displayed correctly on other configurations, as the indentation level is important for this programming language. Mixing tabs and spaces is not a good idea, rather you can avoid tabs altogether as tabs semantics are generally not well defined. There is the possibility that they can be displayed completely differently on different systems and editors. Moreover, while copy-pasting in a web page or some other markup code, they can be wrongly converted or even destroyed.

Use codes from Python Package Index or PyPI instead of writing them yourself. It has an extensive repository of codes, so you will be able to get clean codes to complete your programming faster. It has projects about everything, and you can also crate and upload your own package. Create a virtual environment for each of your projects to avoid library clashes as different versions of a library may be needed by different projects.

While dictionaries in other languages are more of associative memories or associative arrays type, in Python, they are an unordered set of value pairs, and each key is unique. However, for a clean and easily testable code, exception catch and conditions should be avoided. Using exceptions for flow control is normal for any Python development company. However, try-except-style is used to prevent the race-conditions in some race constructs.

Making everything a class is not considered good practice in Python. In many instances, a developer could be better off with a function than creating a class. Take the below example:

The above code can be written in a concise way without creating class, and instead using a function, such as shown below:

Make it a practice to use more built-in library functions and much less long chains of the class hierarchy.

Python programming language is fast replacing Excel which has been the de-facto decision engine for companies for over a decade. Excel was built for a world where real-time information was not required and collaboration wasn’t as important. Now, Python is being used by data scientists for descriptive analytics to understand trends and evaluate business metrics over a period of time. It is becoming the preferred language for machine learning. Python development companies and data scientists use it to create models for Bayesian networks, decision trees and much more.

Python frameworks such as Django, Flask, CherryPy and Web2Py are being used for the development of a variety of applications including command-line applications, system administration applications, image processing, automated testing and a lot more.

Python is the current language of choice for web developers, data scientists and machine learning experts. It can run on most of the operating systems including Windows, Mac and Linux. It’s a developer’s favorite. It has been crowned the number two language in the 2019 survey of Slack Overview.

Jeet
He has over 10 years of experience working on various Open Source Technology projects. He has expertise of working on some of the most challenging open source technology assignments, for which he is very passionate too. He has his fingers on latest Open Source Technology tools and tactics, and delivers customized functionalities to the clients as per their specific business needs.
View All Post