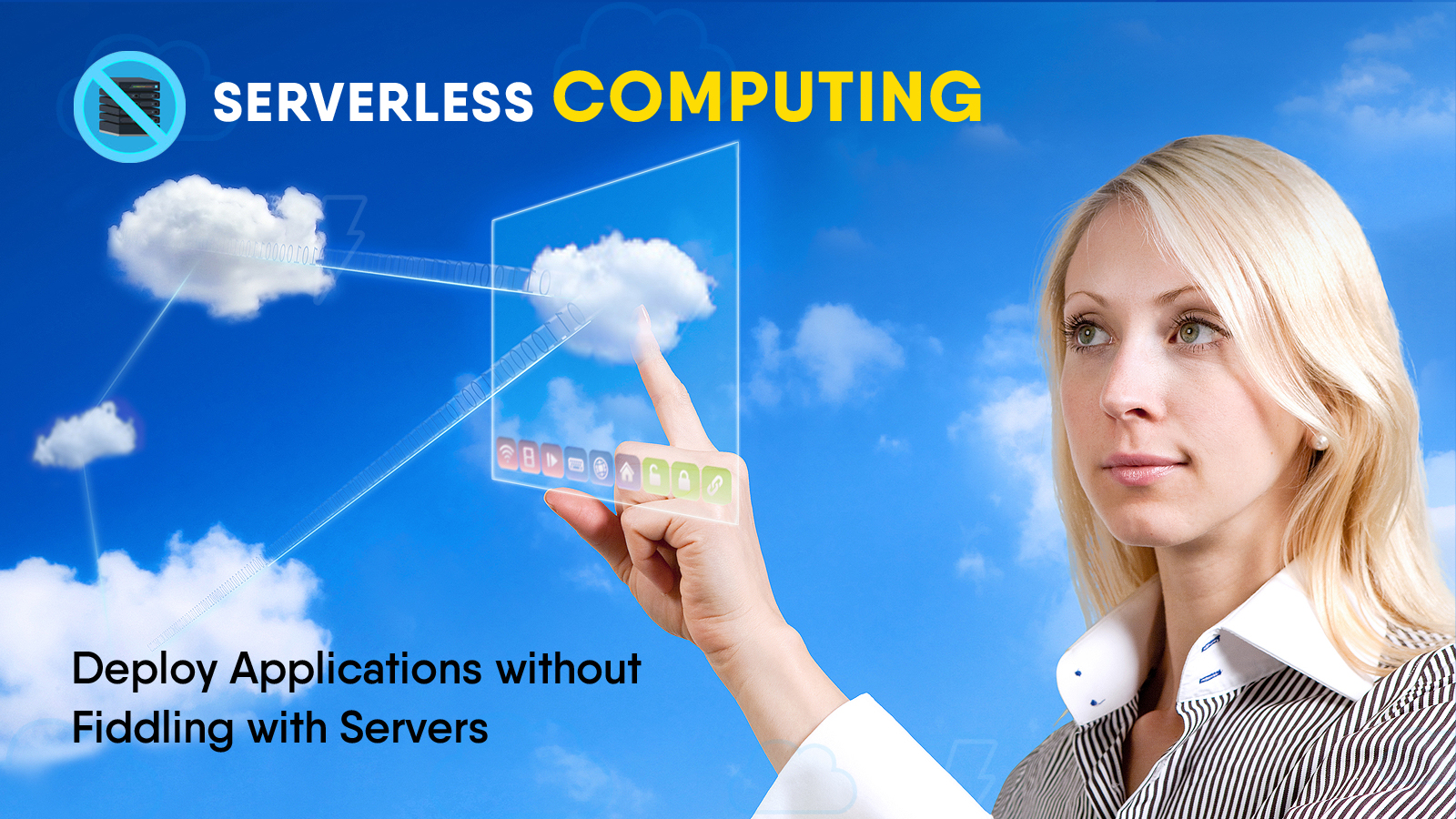 Serverless architecture allows you to build and run applications and services without having to manage infrastructure. It is characterized by stateless compute containers and modeled for an event-driven solution. AWS Lambda is the perfect example of serverless architecture that employs Function as a Service (FaaS) model of cloud computing.

Mobile and IoT applications coupled with the growing need to integrate cloud with mobile and desktop apps continue to fuel the demand for serverless architecture. You no longer have to provision, scale and maintain servers to run your applications, databases and store systems. Your application still runs on servers but server management is done by Amazon Web Services (AWS). Using serverless architecture, developers can focus on their core product instead of worrying about managing and operating servers or runtimes, either in the cloud or on-premises. The reduced overhead lets the developers reclaim their saved time and energy in developing the products that are reliable and scalable.

AWS Lambda is the perfect example of serverless architecture that employs FaaS model of cloud computing. It allows the developers to execute code in response to events without the complexity of building and maintaining the infrastructure.

Also known as Framework-as-a-Service, it falls between Software-as-a-Service (SaaS) and Platform-as-a-Service (PaaS). FaaS is a ready to implement framework that can be easily tailored to the needs of a business. It does not require the resources to implement that you would need if you were using PaaS. FaaS makes use of containers to prime for rapid deployment of the application on all platforms and can be delivered in customizable templates. There will always be a place for both microservices and FaaS. In fact, serverless codes on FaaS can be used in conjunction with code written in traditional server style, such as microservices.

An organization’s ability to offer backend services that link a mobile application to the cloud is known as BaaS. BaaS takes a step further as a NoOps offering. You can develop the basic application framework in-house and outsource the functionality.

The framework accesses and automates your database functions that write and read from a database, as well as provide a response. It provides the companies space to grow globally as multiple applications can be developed region-wise that run from a single location powered by FaaS.

All of the above three serverless architectures offer:

Product engineers can innovate at a rapid pace as it alleviates the issues of system engineering in the underlying platform. Less operational time translates into smooth application of DevOps and agile methodologies.

AWS Lambda bills you only for the time when the function is called. The savings can be incredible as you only pay for the time your function executes and the resources it needs to execute. The cost of running FaaS Lambda function can be 95% less than running a server for the entire month with container on it.

Over the last decade, there has been a massive increase in the number and sizes of data centers. Idle but powered up servers consume a lot of energy to perform various functions with huge environmental implications. Businesses are cautious about managing capacity, and in doing so, they over provision, leading to inadequate capacity management and other inefficiencies. With a serverless approach, you do not make capacity decisions as you let the vendor provision just enough compute capacity for your needs in real time. This could lead to far more efficient use of resources across the data centers and reduction in environmental impact compared to the traditional capacity management approaches.

A serverless architecture consists of:

Client application: The UI of your application is best-rendered client side in Javascript that allows for the usage of a simple, static web server.

FaaS solution: The functions read and write from your database and provide JSON responses. These include AWS Lambda, Google Cloud Functions and Microsoft Azure Functions.

Security Token Service (STS): Generates API key and secret key for the users. These temporary credentials are used by client applications to invoke the AWS API and Lambda.

User authentication: With Amazon Cognito, you can easily add user sign-up and sign-in to your mobile and web apps with authentication options through social networking sites like Facebook, Twitter or with SAML identity solutions.

Going beyond PaaS and Containers

Serverless computing or FaaS completely alleviates the shortcomings of PaaS which has operational concerns of scaling. With FaaS, scaling is completely transparent. Services like AWS Lambda and Azure Functions allow the developers to write just the request processing logic in a function as other aspects of the architecture like scaling, middleware and bootstrapping are automatically handled.

Some notable serverless frameworks already competing for consumer attention are:

AWS Lambda: Powered by Amazon, it’s a full administrative solution that has gained mainstream popularity. Amazon runs your code snippets in response to events and only charges you for the times when the code is being used. Lambda is supported by C#, Node.js, Java and Python.

Google Cloud Functions: The platform offers serverless computing on Google’s open infrastructure, executes in Node.js and supports Javascript. It allows for rapid and efficient development, and focuses on microservices development.

IBM Cloud Functions: This lightweight serverless architecture allows developers to rapidly code on-demand, so you are only charged for what you use.

Who should use Serverless?

Serverless is the perfect option for the applications that don’t run continuously but experience quiet periods and peaks of traffic. Startups who seek for a possibility to scale painlessly with lower barrier to entry are best candidates for serverless applications. Other use case of serverless include the below ones:

The real-time response nature of serverless works great for IoT use cases such as motion-activated cameras where serverless paradigm won’t allow your services to sit idle round the clock.

As your application grows, automated FaaS allows for the scaling of your processing power to provide immediate response to the people using chats.

The tooling from AWS and Google automatically optimizes your image for different screen sizes, making it just the right solution for image-intensive applications.

Pipelines for agile and continuous integration

Running the code only when certain event is triggered is perfectly in line with Agile continuous integrations pipelines. Separating codebase into functions also helps in bug fixing.

What is in store for Serverless in future?

Serverless architecture is the way of the future for many types of simple applications. It offers multiple benefits like:

The big three cloud vendors – Amazon, Google and Microsoft are heavily invested in serverless. The architecture has very quickly become an accepted approach for the organizations deploying cloud applications. It replaces long-running virtual machines with ephemeral compute power that comes into existence when requested and disappears immediately after use. Businesses can use cloud computing services like AWS Lambda, Amazon API Gateway and Amazon DynamoDB to implement serverless architectural patterns to reduce operational complexity of running and managing applications.

However, serverless is not the correct approach for every problem. It has certain challenges like vendor control issues, security, dependent relationship and response latency that make it not an ideal solution for high-performing, complex application builds.