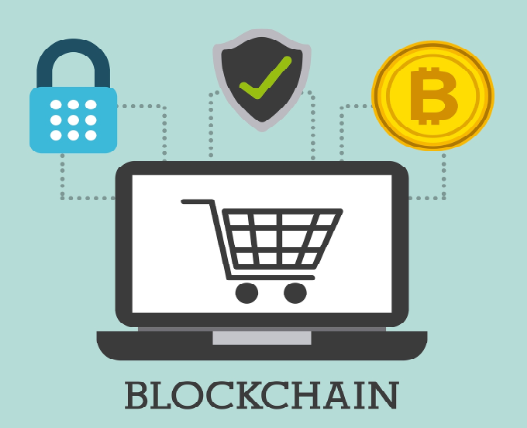 Ecommerce is growing big and becoming more matured. As per CNN, by 2020, two billion shoppers will use the internet. The evolution of ecommerce has gone to the next level with the revolution brought by the most disruptive technology of the past decade, blockchain. This innovative technology is successfully reimagining the future of ecommerce.

Ecommerce Without The Blockchain

The ecommerce market has always had players of all sizes. So whether it is a small-sized niche online retail outlet or a big ecommerce player, businesses need to outperform the competition with the help of smart business models, smarter workforce, and the smartest technology.

In the ecommerce landscape, there is room for selling everything ranging from purses and shoes to gadgets and software-as-a-service (SaaS). But with so many product/service categories to experiment with, it is sure becoming more and more challenging for online stores to connect with new customers and satisfy them. Here are a few challenges that this sector will keep on facing if it does not deploy concrete blockchain solutions.

Every Middleman Wants A Payment Cut

In a traditional financial model followed by the legacy ecommerce business, every middleman wants a sizeable payment cut. Because of this very fact, the ecommerce companies need to bounce the money around a lot of middlemen and third-party vendors just to make sure that the product/service lands in the hands of the customers on time, every time.

Again, the payment processes of such ecommerce companies become more cumbersome. These processes generally include multiple steps such as confirming the delivery, generating different copies of the physical bills, and invoicing the needed documents for different payment partners.

When it comes to doing business with an ecommerce player, the customers should feel confident that their data is protected no matter what. For this reason, big ecommerce companies do put all the necessary levels of encryptions for preventing hacking.

However, despite employing the highest level of encryption, ecommerce players sometimes fail abysmally in protecting customer data. That is because as technology is evolving, hackers are also finding novel ways of breaking in. Which is why, it makes all the sense for ecommerce businesses to protect customer data just like it were their own personal wallet. That is, ecommerce businesses should make some smart moves to make sure that their client data never falls into the wrong hands.

Decoding Ecommerce Blockchain And The Science Behind It

Blockchain is a newly invented platform that is bringing a new class of security and management to disrupt a number of industries. For example, one of the most commonly used blockchain technologies upending the ecommerce landscape is the smart contract that lets a business protect itself.

Blockchain Architecture Is Evolving At An Unimaginable Pace

These three key technologies are combined in the cryptosphere for fuelling the evolution of a blockchain so that it can be used for reshaping the ecommerce landscape of tomorrow.

Ecommerce has been the catalyst for improving the global economy. But this sector has to rely on a secured, advanced backbone instead of risk-prone technology assets of yesterday. This secured backbone has to be none other than the blockchain.

As discussed, every middleman wants a hefty cut that makes payment processing long and complex. But with blockchain implemented right at the heart of ecommerce, payment processing will become simple, straightforward, and quick. If deployed correctly, blockchain can bring down the card fees; this price reduction means a lot for ecommerce players that are working day and night to bring down the margins by a few percentage points.

One other great feature coming with blockchain is programmable money that makes specific guarantees. For example, PayPal, a multibillion-dollar industry, just exists to guarantee when money actually moves hands. However, with a few lines of code in blockchain, the need of such middlemen will disappear as well.

Tamper-Proof Security Is The Way To Go

Whether the enterprise data of the ecommerce shop is centralized or stored over the cloud, the data is still vulnerable to attacks if the fundamental technologies feature weak encryption. Even in secure operations, there can easily be a specific point of failure bringing down the entire system to its knees. The chances of such a failure become thick when the security systems are intertwined.

Because of this reason, most companies are embracing more decentralized systems such as the blockchain technology; some companies are even bringing the raw power of blockchain into ecommerce web development. The key advantage of a decentralized ecosystem is that there will never be a single point of entry where any malicious code is executed. So while these blockchains can easily be managed by any specific entity, there will be a range of security measures installed at every operation’s entry level; and these measures will interact independently with one other. In the ecommerce landscape, the key strength of the blockchain platform will easily set new cybersecurity rules for making sure that the critical data is safe every time.

The road ahead for blockchain and ecommerce

Ecommerce businesses still relying on the traditional methods of processing the payments or winning the client trust will never be able to outperform the competition. For businesses, it is necessary to keep evolving themselves with technologies. That is where the blockchain technology will kick into action.

These days, online retailers are facing a number of challenges. In today’s trying times, the power of the blockchain technology will deliver the power of decentralized finance and data to ecommerce businesses. And that is how this new technology will provide the ultimate vehicle for retailers to not only reach new customers but also satisfy them.