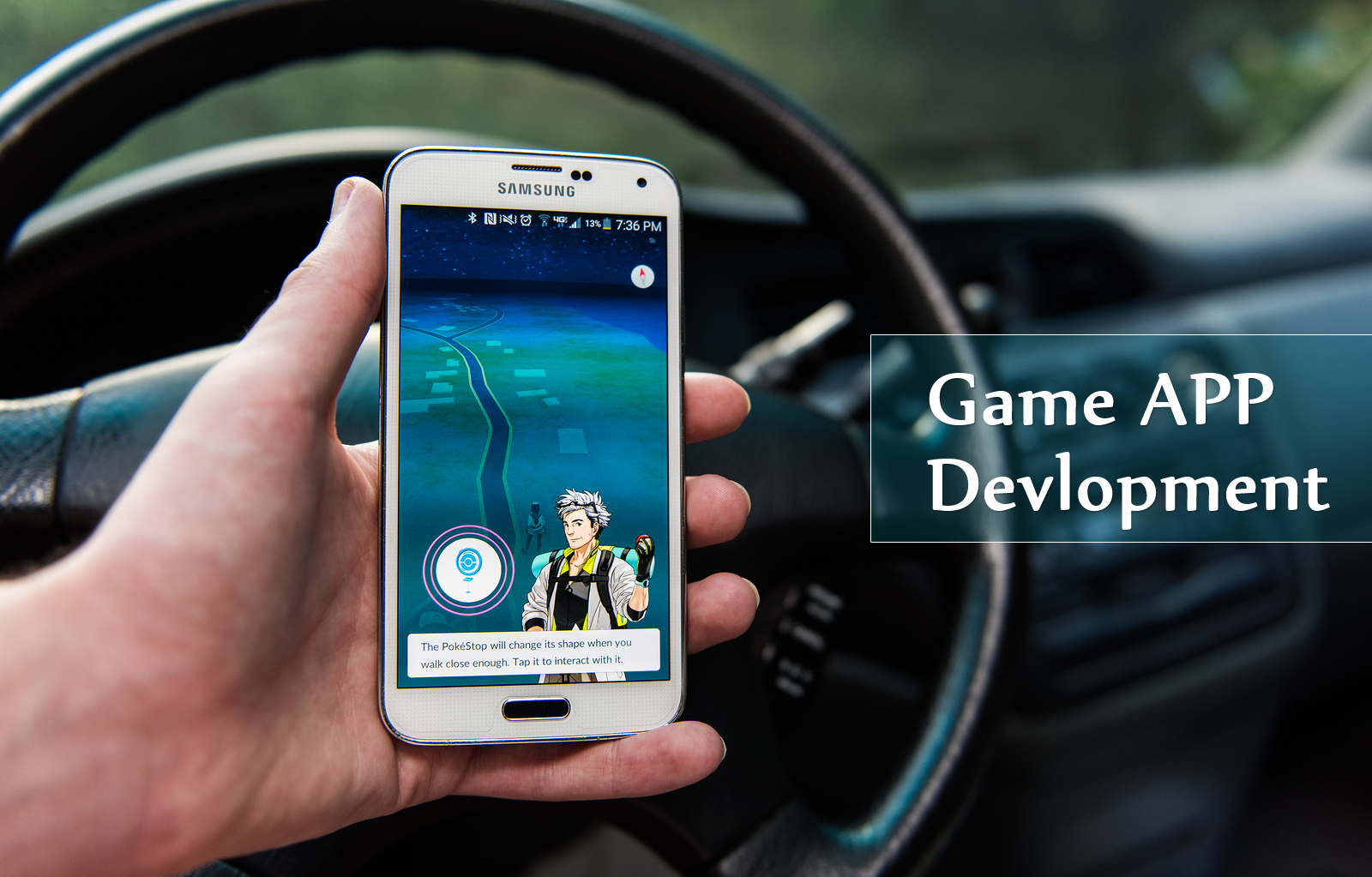 Augmented reality and virtual reality have changed the way games are made and played. AR and VR continue to engineer a powerful virtual UI for next-gen games making them likeable and sharable. The games that are empowered by robust AR/VR technologies are warping the gamers’ perception of reality. These innovative advances in the AR/VR world are combined with powerful imagery and creative storytelling.

While AR and VR are interesting technologies having their own unique promises and applications, it is AR that is soon approaching its own inflection point as it has seen some large-scale adoptions. But why is VR lagging behind? To put simply, VR is still expensive for being adopted at a large scale.

The most expensive head mounted displays, also called HMDs, can cost anyone nearly $800. Well, that is much more costly than owing a high-tech PC. However, now, there are a few less expensive options in VR, such as Google Cardboard. And this development is sure a step in an economically feasible direction. Now, it is time to dive into these awesome techs separately.

AR Harnesses The Power To Transform The Gaming World

First coined and practically applied in the early 1990s, the term “augmented reality” was created in the Armstrong Lab of the US Air Force. Since that time, there had been countless attempts, such as the Google Glass, at developing lightweight headsets to let you enjoy AR on the go. But these gadgets were never really developed for the masses, it seemed, so they found it challenging to build a wide market for themselves.

However, that was never the case with mobile AR. Snapchat’s Lenses along with other location-based games, such as Pokemon Go, made users familiar with the concept of interacting with different-sized virtual objects through their respective smartphone cameras. This was the first significant example of users embracing AR.

How The AR Technology Reshapes The Mobile Gaming Arena

AR works using computer vision and track via a smartphone’s camera for anchoring a virtual object with a physical point in your own environment. As and when you move the camera around the object or whenever you get farther or closer away, the same object will be able to maintain its location and scale in your individual view of the real world. Here are some popular AR frameworks using in game app development.

Vuforia has enabled Unity developers to create those games having immersive, engaging AR experiences that redefine gaming in a whole new way and perspective. With Vuforia for Unity, it is easy to develop AR experiences that are compatible with a range of head-worn and handheld devices running on Android and iOS. One of the most prominent games built on Unity with the help of Vuforia is Lego® Nexo Knights™: Merlok 2.0.

ARCore from Android is shaping brand-new AR experiences that can seamlessly transform and blend with the physical and virtual worlds. This development ecosystem integrates the virtual content with the real world seen through the phone’s camera using motion tracking, light estimation, and environmental understanding.

With iOS 11 comes the ARKit, a fresh framework that lets developers create unparalleled AR experiences for iPad and iPhone. By using the ARKit, users can definitely push the gaming experience to beautiful, immersive places. In the App Store, users will find a dedicated section having just the ARKit-enabled apps. Some of the most popular iOS game titles having the AR capability include Domino World AR, Zombie Gunship Revenant, and AR Dragon.

VR has been there for nearly fifty years; it is just that the consumer adoption has been very slow. Recently, VR has been adopted by the gaming world, and it is sure a runaway success. A whole new world of gaming has been developed with the rise of PlayStation VR, not to mention a boatload of inexpensive VR headsets. Well, Google’s Pixel, too, was the first VR-ready phone that is still generating massive fever pitch and content in equal measures.

Since 2015, Facebook’s Oculus Rift, HTC’s Vive, Microsoft’s Windows Mixed Reality, and Sony’s PlayStation VR have created fresh opportunities for building highly immersive VR experiences. This hardware is completely dependent on content creators; if there is no content, these devices will be just one other expensive piece of technology that cannot do anything on its own. With VR’s encouraging prospects, there is a surge in the device-content collaboration that has resulted in delivering some of the most standout virtual-reality experiences of all time.

How The VR Technology Works?

As VR devices are increasing, it has become essential to get a handle on how this stuff actually works. The VR hardware generally has the same form, the difference, however, comes with the fact that how it projects images in front of our eyes. Unlike AR, VR’s working is a bit complex. The video feed that the headset gets is generally received through an HDMI cable. These headsets can use either one display where two feeds are sent or two individual LCD displays for both the eyes. Some headsets may even have lenses placed between the user’s eyes. In any case, the headset uses the lenses to focus and reshape the picture and develop a stereoscopic 3D image. Here is a list of popular hardware that has taken the VR world by storm.

Google has brought the virtual reality experience to the masses with its Cardboard VR. Google’s headset is used for creating enjoyable VR experiences in an affordable way. Whether it is about computability or ease-of-use, Google Cardboard VR scores high in every aspect enriching the overall gaming experience.

Windows Mixed Reality is a patented VR technology that has some hints of AR in it. The technology has been used by Asus, Dell, Lenovo, HP, and Acer. While interacting with this technology, users will do everything that is made possible by VR’s advances. Unlike Oculus Rift, Mixed Reality motion controllers do not need any external sensors; that is one key highlight that has won Microsoft’s headset several accolades.

This revolutionary headset, coming from HTC and Valve, delivers VR at its best. With this headset, gamers have seamlessly overlapped their real worlds with the virtual ones and have created some of the most fantastical experiences in no time. Coming with an 110˚ field of view, games become immersive, enjoyable, and lifelike.

What The Future Of AR And VR Holds?

Since both VR and AR share a few challenges, if one of these technologies grow, the other one will benefit and vice versa. As per leading research firms and forecasters, together, the entire AR/VR market is likely to generate close to $150 billion by 2022. This growth will largely be fueled by content because any sophisticated hardware remains amazing till the time it has relevant content.

So it is completely unsurprising to see a torrential flow of money into these two evolving gaming technologies in spite of the fact that there are only a handful of hardware platforms currently available in the market. And in the coming time, more and more innovative gaming gears and hardware will be launched.

For both AR and VR, the future will be a big collaboration of game content developers and hardware manufacturers. If done correctly, this collaboration will pay way for attracting a larger set of audiences and will make game app development flawless and powerful.

Well, if we talk about AR and VR individually, then what will be more promising about AR? Well, Gartner has predicted that close to 100 million consumers will shop using augmented reality and nearly 30 percent web-browsing sessions will be done sans a screen by 2020. Now, here is how the AR technology moves around the gaming landscape.

Likewise, now if we delve into the VR sector, then the global market size of VR was USD 960.9 million in 2016. This market is expected to rise to new heights since VR devices are gaining traction. If the reports from a leading research firm are anything to go by, then VR’s market worth will be USD 33.90 billion by circa 2022.

Speaking of collaboration, more and more hardware manufacturers will join hands with other VR hardware developers to let the AR/VR evolve in unimaginable ways. One example of this being that HTC Vive has recently announced its plans for developing an “all-in-one” mobile VR headset that will be supported by Google Daydream. Likewise, more of such empowering collaboration will make VR immersive and exciting in the coming time.

Ajay
He has over 10 years of experience developing innovative .Net, mobile apps. Cross platform, Unity and Hybrid development etc. He has extensive expertise in project management, process management and expertise in PMP. The hands-on expertise gained over the years of working on challenging projects has allowed Ajay to develop, deliver customized solutions to the clients to meet their business objectives.
View All Post
Categories