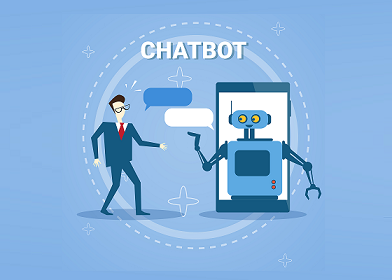 AI is the next big thing that will definitely revolutionize the way enterprises strategize, work, and interact. Talking of interaction, AI is the kernel of developing intelligent chatbots that can carry out natural sounding conversations for achieving specific goals. Since 2016, chatbots are consistently talked about especially in the technology sector. While few businesses are still unsure about a chatbot’s capability, some forward-thinking enterprises do believe that it will make apps obsolete in the future.

However, the most strategic question revolves around AI’s implementation in chatbots; a question that has to be answered by businesses and their bot creators. Should native AI algorithms be written to create smart bots? Will a specialized bot development service cut a deal?

To be precise, if a business does not have the experience or expertise in AI, then it makes complete financial sense to go with a suite of bot development services. And when it comes to finding the best purpose-built bot development solutions, invest in Microsoft Bot Framework.

In 2016’s Build Conference, Microsoft gave the world its strategy to tackle the mobile dominance of tech giants such as Apple and Google. This strategy gave way to the development of Microsoft Bot Framework. Put simply, this framework enables developers to build, publish, and manage all of their bots. Also, using this framework allows the developers to leverage Microsoft’s premier channels to build great bots.

The Components Of Microsoft Bot Framework

The framework has three components mentioned below.

This SDK is available in .NET and Node.JS, and that is what makes the framework rich in features; some of the top features present in the SDK include Yes/No prompts, Dialogs, formflow, cards, and number choices. This kit even offers rich interaction with different attachments such as videos and images. The SDK even provides robust support for different service extensions such as Azure Cognitive Services including Language Understanding Intelligent Service (LUIS) too. Apart from the SDK, the developers get offline and online chat emulators for testing their bots.

On dev.botframework.com, there is a new portal where the developers can carry out the following tasks.

The directory is actually a huge repository of bots that are made using Microsoft Bot Framework. Such an ecosystem can quickly add nearly a dozen different channels such as Skype, Slack, and other chat messengers. The framework is powerful enough to let you develop feature-rich bots. Also, the framework comprises all the important tools for integration, testing, and management. Because of so many features in its directory, the framework is able to manage all the needs of a rapidly growing market.

Why Should Businesses Invest In Microsoft Bot Framework?

With Azure Bot Service, the development of bots is accelerated. Such a suite of solutions gives businesses an integrated environment that is apt for building the best scalable bots. Apart from different supporting services, Microsoft Bot Framework includes a number BotBuilder SDKs and connectors. In short, with this framework, bot developers can get started in a matter of seconds as there are so many out-of-the-box templates for different scenarios.

Giving The Bot The Intelligence With Cutting-Edge Cognitive Services

Thanks to Microsoft Cognitive Services, developers can give their bots some superpowers. By using this suite of solutions under Microsoft Bot Framework, developers get to create bots that go much beyond a simple conversationalist. These solutions built inside the framework can let the bots become intelligent enough to recognize different users in a photo, give smart recommendations, translate languages, moderate content, and the like. All in all, with Microsoft Cognitive Services inside this framework, the developers can create bots that can hear, see, and interpret.

If a business’s users talk in different places, its bots should do similarly. The framework may be integrated across a range of channels for increasing interactions and connecting with more and more customers using apps, websites, emails, and other social networks; these networks may include Kik, Skype, Facebook Messenger, GroupMe, Microsoft Teams, Cortana, Skype for Businesses, Twilio, Telegram, and SMS.

Bots That Are Available As Per Different Scenarios

In this framework, the developers can use Azure Bot Service with LUIS; because of this, different developers create intuitive conversational interfaces for multiple scenarios such as travel, entertainment, banking, and the like. For instance, a hotel’s concierge should leverage this framework to improve traditional call and email interactions by validating a number of customers through Azure Active Directory. Also, by using Cognitive Services, a bot developer can contextually improve request processing using voice or text. Even the speech recognition services can be added to support multiple voice commands.

LUIS, when coupled with Azure Bot Service, can empower businesses and developers to create bots that can take an enterprise’s productivity to the next level. With the help of enterprise chatbots, a business can simply streamline a number of activities by integrating different external systems such as Office 365 calendar.

An Internet of Things (IoT) bot simplifies the way people control devices around their homes and offices. IoT bots use interactive chat and voice commands. By blending the concepts of IoT with chatbots, the AI-enabled virtual assistants can make intelligent recommendations on a number of scenarios such as closing a production line or reacting fast to any problem. A bot empowered with IoT can include a number of components such as Application Insights, If This Then That (IFTTT), and Philips Hue.

When all is said and done, Microsoft Bot Framework gives businesses and developers a variety of possibilities to create intelligent bots. Also, using powerful cognitive services within this development framework lets developers create bots that can be the kernel of different service-related products. So business leaders who believe that bots are the future of carrying out meaningful human-like interactions, then they should invest in Microsoft Bot Framework.

Parimal
He has over 16 years of experience working on various Microsoft Technologies projects. He has hands on expertise of developing and delivering some of the most challenging Microsoft Technologies assignments with professional acumen. Being a seasoned professional, Parimal has deep understanding of the domain and delivers customized solutions to the clients to meet their project and business objectives.
View All Post
Categories