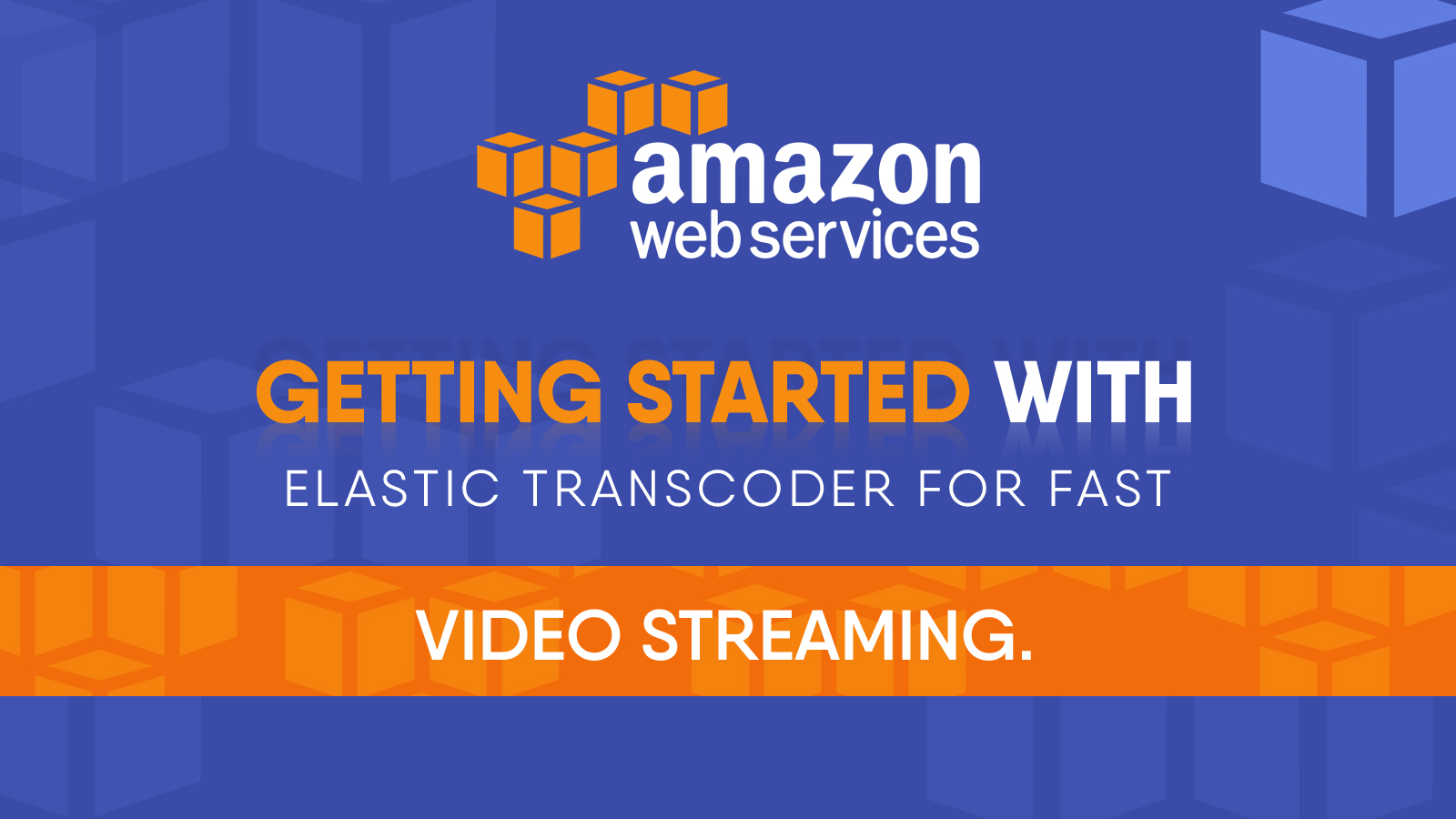 Elastic Transconder Service (ETS) by Amazon Web Services (AWS) lets the users upload digital video and put it into AAC, H264  MP4 and other formats that are useable on multiple devices like smartphones, tablets and PCs. In the past, consumers would have had to buy their own video transconding software and need to create settings for specific devices, which was a time consuming process. The services could also be a drain on their system. ETS works with presets to minimize the strain on your computer system to convert multiple files simultaneously.

The developer has to create a transconding pipeline from the storage input to the storage output, set up an AWS Identity and Access Management role for guarding permissions to the content and creating transconding job. For converting a large file, a developer may use AWS Import/Export or third party file acceleration tools. One can integrate ETS with Amazon CloudFront to distribute transconded files through content delivery network or CDN.

The developer can establish custom presets or choose from AWS video streaming service provided presets that serve as templates for the conversion of media files. Presets specify which devices can play a media file and video resolution, among other designations. ETS allows for inputting encrypted files and encrypt transconded files, captions, thumbnails and watermarks.

Transconding is an umbrella term used to refer the below tasks or combination thereof.

Transrating: It refers to the changing of bitrates, such as a 12 Mbps video stream to 1 Mbps or 18 Mbps rendition.

Trans-sizing: Refers to resizing of video frame, for example, say from 4K UHD resolution to 1080p.

Video transconding is the translation of one digital video format into another. The process is typically meant to translate all three elements of a digital video at the same time – the file format, video and the audio.

Transconding is critical for wider reach

ETS is relevant not only for professional producers but also for the independent outfits looking for cost-effective solutions for small-scale projects. Amazon offers this service on a la carte basis, making it particularly useful for the startups. It allows you to send raw or encoded video directly to the transconding service and prepare the video files for delivery across any device chosen by the user. It delivers these services through service APIs, AWS SDK and AWS Management Console.

Videos usually have a format specific to the camera or program and rarely meet the requirements of video hosting service to deliver the video online. So video streaming is needed to change the original format into the one allowing it to be played on smart phone, tablet, computer, TV or some other user device for widest reach.

You can easily get started with ETS using AWS Management Console, service API or SDKs. System transconding presets make it easy to get transconding settings right the first time. Pre-defined presets allow you to create media files to play on a wide range of devices. One can also create segmented files and playlists for delivery using the HLS.

The system is designed to scale seamlessly with your media transconding workload. Pipelines allow you to perform multiple transcodes in parallel and handle large file sizes and large volumes.

Your content is under your control and your assets are in your own Amazon S3 bucket. You provide access to ETS through IAM roles.

Using ETS and CloudFront, you can store, transcode and deliver your content. It’s possible to deliver multiple output videos via progressive download or adaptive bitrate streaming.

AWS cloud application development service takes care of scaling and operating issues, and manages codecs so that you can focus on your content, rather than managing software in a distributed cloud-based environment.

The service provides a media building block for creating end-to-end media solutions on Amazon Web Services, transcoding masters to renditions for distribution stored in Amazon S3 and stream these renditions to score over the internet using CloudFront.

ETS supports a range of output formats including the below ones:

Transconding is necessary at some point for almost all pre-recorded streaming videos. On-demand video streaming is based on saved video files in different formats. In addition to tansconding the saved files on older formats, the need for transconding can also arise when using video files created and saved for non-streaming purposes.

Many streaming programs include a cloud-based transcoding program that broadcasters may use to convert video and audio files. A freeware transcoding platform that we are more familiar with is ETS (Elastic Transconder Service). It supports many professional production video formats including XDCAM while meeting NTSC and PAL standards. Recently, AWS ETS has added support for Closed Captioning services used by the digital television.

Using a transcode, you can simultaneously create a set of time-aligned video streams with different frame size and bitrates while converting the Spex audio to AAC audio. This set of internet friendly streams could thereafter be packaged into multiple adaptive streaming formats, like HLS to reach almost any screen.

During file conversion, changes happen and often some quality is lost. This is particularly true for the compressed files saved on the hard drive of your computer. Compression can be lossy or lossless. Lossy file compression removes some of the data permanently to reduce the file size, while in lossless compression, data from the original file can be recovered from the compressed version.

Most transconding methods, including video streaming ones, are lossy. During each transconding, some information is lost. So, it makes sense to convert a master file rather than re-transcode an already converted file in order to minimize the loss of data. So, preview your converted video to ensure that the quality is acceptable. If it isn’t, some potential fixes are available such as converting files using a video graphics program or do the same with the original file before converting.

At Flexsin, we go extra mile to make our client’s business run smoother. We not only address the immediate concerns of our clients but understand where they stand and build for future to meet their needs for longer than they expected.

Get in touch with us to discuss how we can help with your ETS integration needs. We offer video transcondinng services at all plan levels.