Expertise: Marketplace & Collaboration Service Cloud
Verticals: Real Estate
Technologies: WordpressAWSJavascriptAngular Stripe Payment Gateway
Home > Portfolio > Embracing AWS To Build Innovative Property Portfolios While Saving Thousands Of Dollars In Capex
Almost 86% of landlords in the UK manage their tenancies themselves, and many find property management to be very frustrating and time-consuming. In an industry worth over 11 Billion GBP, the client aims to solve this problem with a platform that connects landlords, tenants, trade services, and homeowners together. This collaboration will further facilitate easy transactions and a healthy relationship among them. With annual revenue of over $500K, the client calls its project the Airbnb for long lets. In short, the client pulls out all stops to make sure consumers can find their next home in the UK or Europe seamlessly.

Business Needs
With a huge increase in the number of users, the client wanted to help with making move-ins quicker, repairs faster, and communication and payments easier. With the client's existing infrastructure landscape and applications in place, this process was taking hours or longer to complete. The investment in the company-owned hardware was not the preferred choice as it would require an investment of hundreds of thousands of dollars because of the capex and would be difficult to scale with the numbers of users growing every day. Given the fact that Customer Support has to process around 5,000 support tickets monthly, it had to include multiple corporate applications and IT systems. The client found the on-premise infrastructure supporting the Customer Support application couldn't deliver the performance, scalability, and availability it required. On top of that, the client was regularly having unexpected infrastructure requirements in short time frames. Besides, the client wanted to begin its journey to the public cloud as well. Here is a snapshot of all the challenges that the client was facing.

Strategy & Solution
Migrating to the cloud comes with huge benefits including cost savings, resilience, and agility, a new feature development rather than environment maintenance. Yet, the cloud transformation is no small feat as it requires a deliberate change in mindset, skill sets, and toolsets. Each organization's journey to the cloud is different based on the client's unique business needs and strategy. The client was looking for an approach that will support cloud migration quickly and efficiently with minimal disruption. In order to support large-scale cloud migrations, we jointly worked with the client to come out with three critical success factors:

Front-end
The targeted migration applications were having an incredibly easy-to-use interface, which streamlined migration. Flexsin's team of front-end developers leveraged a suite of technologies including Angular, Typescript, JavaScript, and WordPress to make sure the assets were migrated to the cloud without modifying their functionality and ease-of-use.

Development Process
Flexsin's approach to the cloud movement with an 8-weeks sprint was based on three milestones.

First milestone: Applications and supporting infrastructure was checked using discovery tools to identify metrics and dependencies. This exercise provided a quantitative approach to define target migration application patterns and migration grouping. For more than 10 applications, code was analyzed to assess cloud suitability and cloud service compatibility while identifying refactoring and optimization needs. Based on this exercise, initial cloud-migration timelines were developed showing the application migration timeline and dependencies.

Second milestone: In this second milestone, the cloud data center was created, including account structure. Network design was implemented taking into consideration both the virtual private cloud (VPC), a virtual private network (VPN), and multi-region designs, and the identity and access management strategy were discussed and finalized. An overall migration plan was shared including project plans, communication plans, and change management plans. The client's IT team was trained to build cloud experience across IT, security, and business key roles and was updated to support cloud operations including developing operational run books for monitoring, logging, provisioning, asset management, and configuration management. IT team was given advanced knowledge sessions and workshops on main concepts of cloud concepts like business continuity planning and disaster recovery to support the client. Once the IT team was well equipped with cloud operations, it was further trained and enabled on governance, risk, and compliance models. Preventative measures were implemented to protect and mitigate threats.

Third Milestone: In this final step and milestone, cloud formation scripts were used to build the landing zone along with the verification team reviewing the environment buildout to confirm requirements have been met. Complete migration plan and schedule were covered taking into consideration AWS-specific reference architectures. Once applications were migrated, automated testing tools and scripts were used to support application testing and performance testing. As the migrations were completed, the environment was stabilized with a month-long maintenance period. Walk-throughs and hands-on consulting exercises were conducted to make sure that the cloud operations team became expert enough in handling the cloud environment. 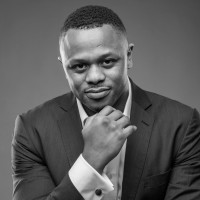 Flexsin brought a new level of speed and optimization to our cloud migration journey. The team did everything required to not only speed up the adoption journey but also minimize risks and maximize cost-takeout initiatives.

Toks Adebiyi
Founder, Clooper, London, United Kingdom
Request For Services
Find out more about how we can help
your organization navigate its next.
Let us know your areas of interest so
that we can serve you better.