Being a frontrunner in deploying reforms related to power distribution, the client has emerged as a reliable utility supplier that follows customer-friendly practices. Serving the energy-consumption needs of a growing number of citizens for almost two decades, the client operates in one of the busiest metropolises. The client is continually infusing automation and multiple digital products for improving the way it offers energy solutions to end-consumers.
Business Needs
The client had an enterprise-level payment application on iOS and Android that lacked a human-centric appeal. To keep pace with the new-age digital, the client wanted to reinvent the existing mobile application that would drive consumer engagement to the next level. The client had an idea for the app to be more consumer-friendly by making it feature-packed.

Strategy & Solution
The client collaborated with Flexsin to modernize its existing application. That is when the newer and more modern app was conceptualized. As a next-gen app, this one came bundled with features for streamlining operations in many ways. The all-new BSES app was designed keeping in mind every small need of the consumers who could do everything from paying electricity bills to accessing safety tips by tapping on their smartphone screens. Besides, Flexsin's team of app developers minimized the app-load times and helped consumers manage their electricity accounts right from the app interface easily and quickly.

Front-end Flexsin's team harnesses its app modernization capabilities in iOS and Android for building an immersive UX that is easy to use and intuitive as well. The client and the app development team at Flexsin collaborated to come up with the best app design that pushed the envelope when it came to boosting user engagement.


Backend For making the app more streamlined, it had to completely sync with the backend operations. The backend development included long-term planning for improving app efficiency and minimizing the load-times. Here are the project highlights of the app's backend ecosystem.


Development Process Flexsin followed an agile app development process where the app was incrementally updated keeping in mind the client inputs and feedback. After every stage, the client was sent an app build to the quality-control unit. Besides, the client was always kept in the loop so that it knew about the latest design and production developments taking place. Flexsin's team, along with the client's team, had a weekly sprint for discussing the milestones met in the previous week and set development and modernization priorities for the coming days. Overall, the entire development process was transparent so that the client had complete visibility over the app modernization cycle.

Business Outcomes
The engagement successfully drew to a close after the app was redesigned, tested, and redeployed. One of the chief reasons for Flexsin to successfully re-launch the app included the development team's strong commitment to delivery excellence. The team had a clear roadmap for modernizing the app during the initial stages of the engagement. Some of the most notable benefits that the client reaped post-engagement are listed below. 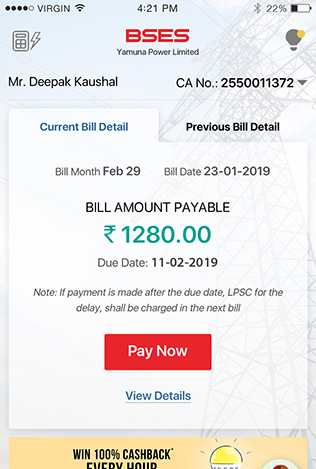